Crazy travel + (or would it be minus) lack of internet = bad blogger.

So Thursday Morning in Seoul…

We ate breakfast on the club level of the hotel because it was free. I really regret not eating more Korean food but free is free. And it was amazing. They had cheeses. Yummy cheeses. The key to my heart is definitely cheese and bread. And I suppose Captain Morgan but they did not have that there.

The manager came over to tell us that they had to fix something in our room so we could not stay in there until our flight at 7:00 p.m. like originally promised. Instead he would move us to another room and for the inconvenience provide us with a chauffeured ride back to the airport. So he wanted to kick us out of a room that we would have only been using to hold our luggage and shouldn’t even had access to still; move us to another fabulous room; AND give us a free ride in style to the airport. Wow Sir, you are seriously inconveniencing us – not sure we will stand for it!

We decided to spend our few free hours in Seoul checking out the area of Insa-dong. The guys who worked at Do Re Mi in Eagan told us to check that area out when we were there for Lindsay’s birthday. We navigated the subway (with trasfer) with relative ease. It was rush hour – I hate random people touching me (unless they are hugs). Upon arrival it was a lot of walking and exploring. 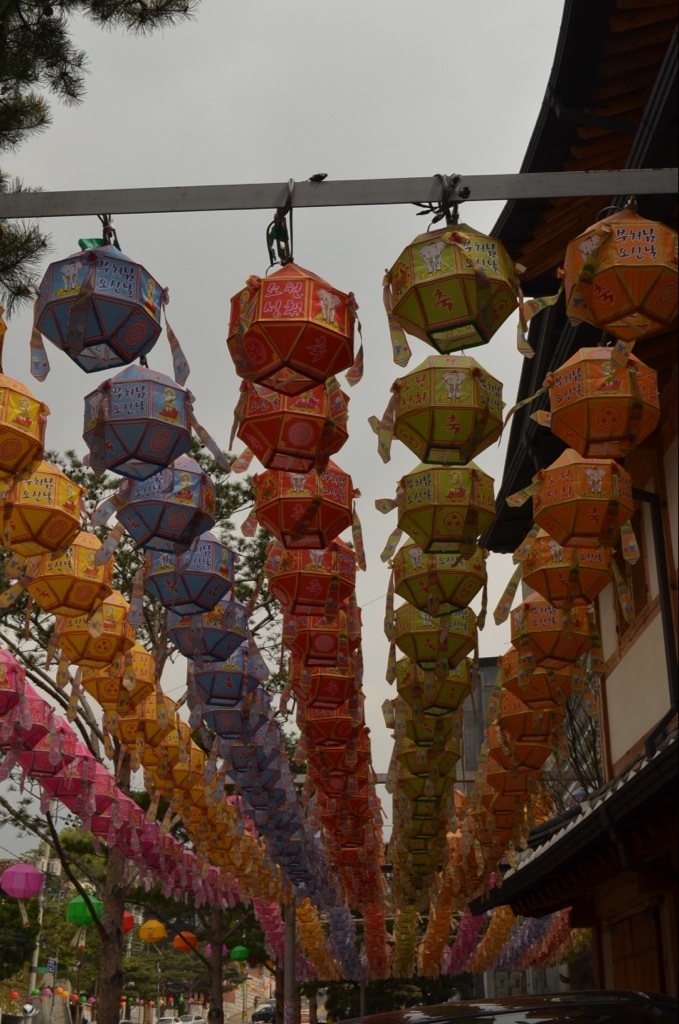 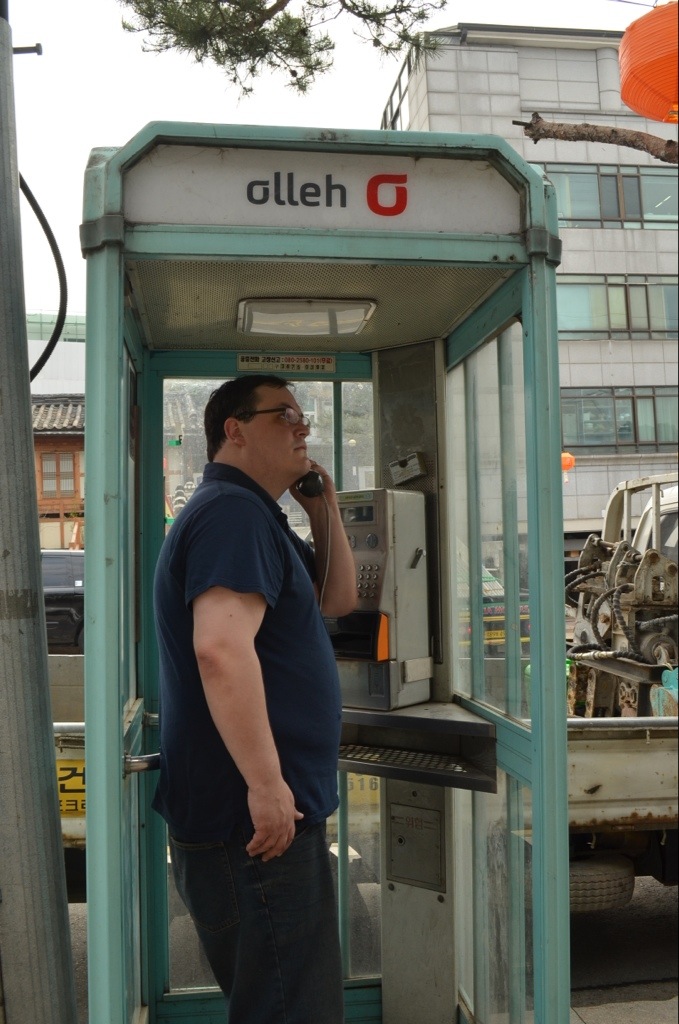 At one point we stopped at a Starbucks to get our bearings and a beverage. A Korean gentleman was helping us and he asked where we are from. We tell him MN and he talks about just being in Iowa. Only Jim could find someone who had just visited Iowa City! 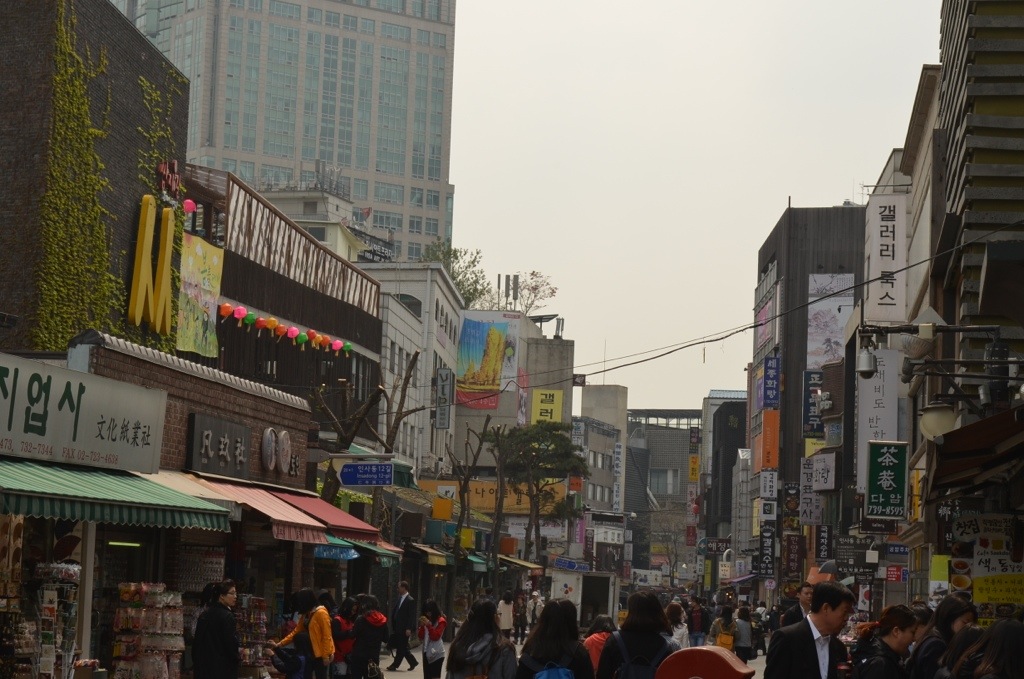 We walked up and down a few streets like this – so much to see! 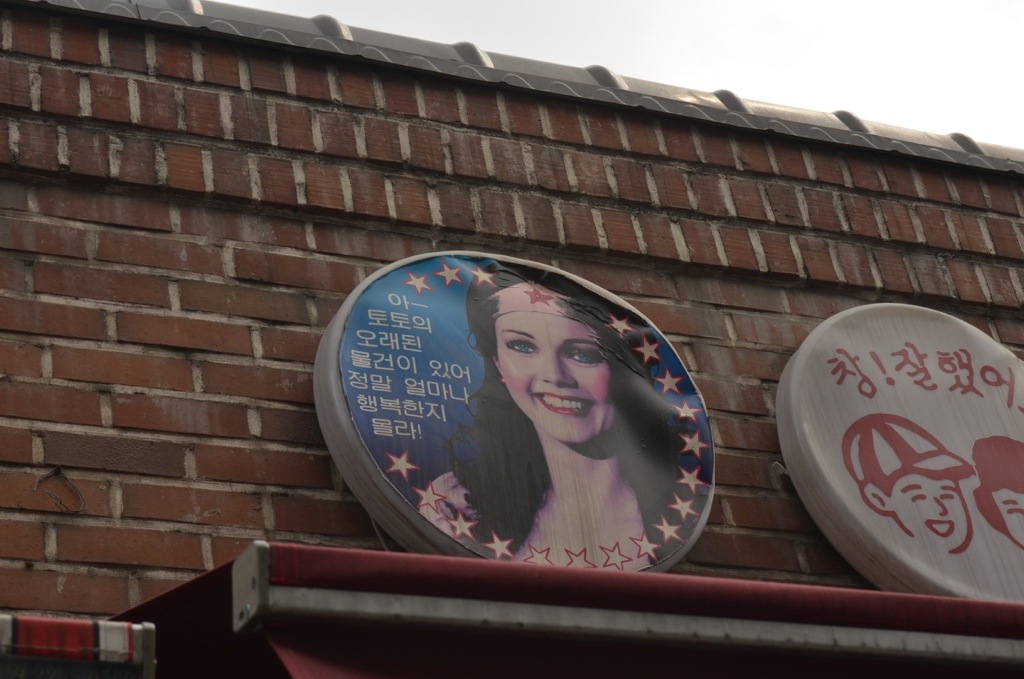 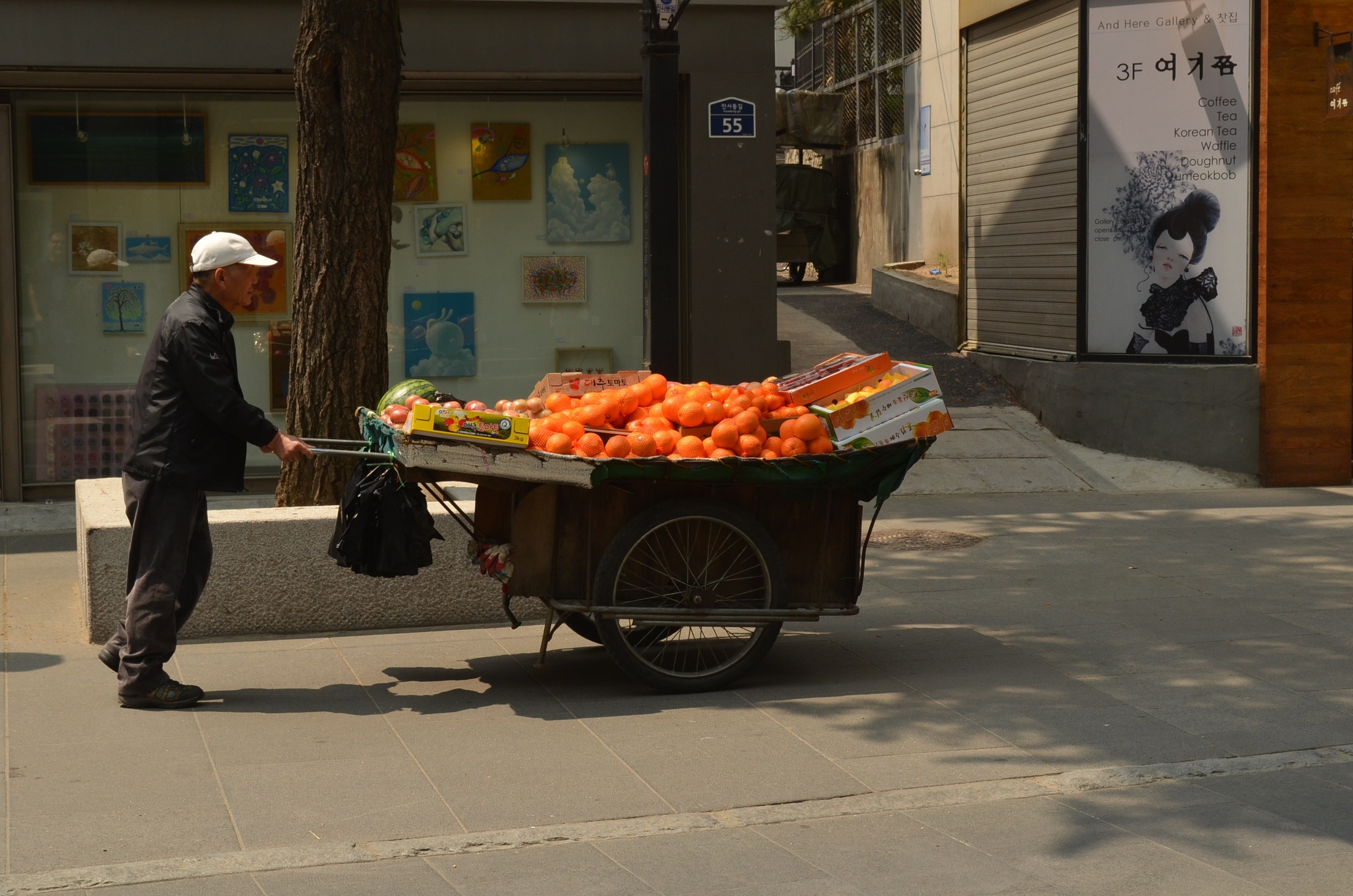 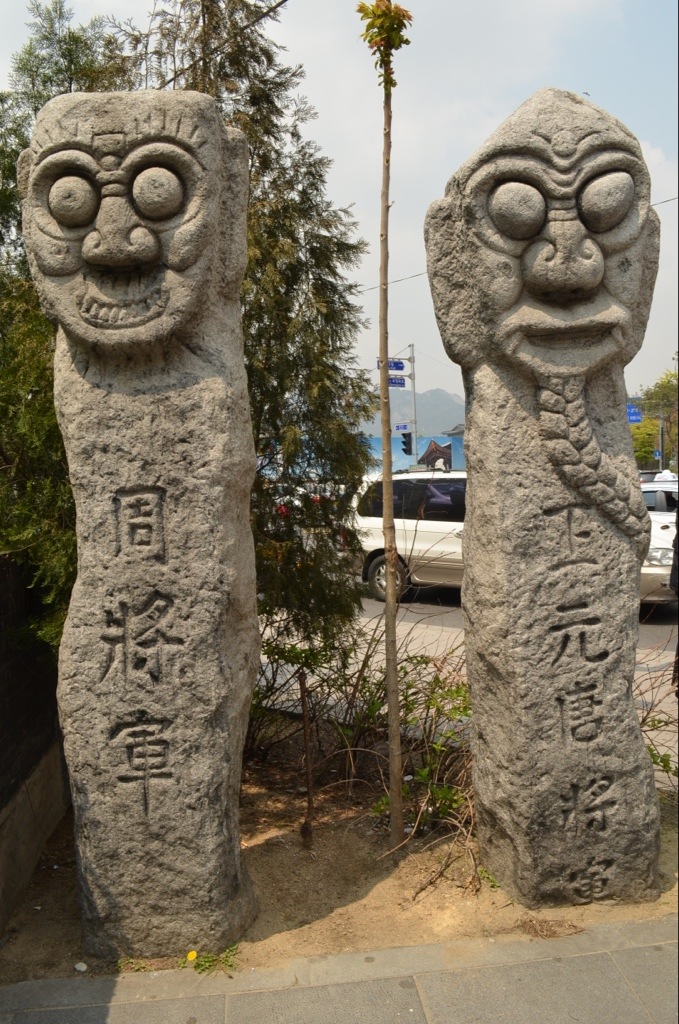 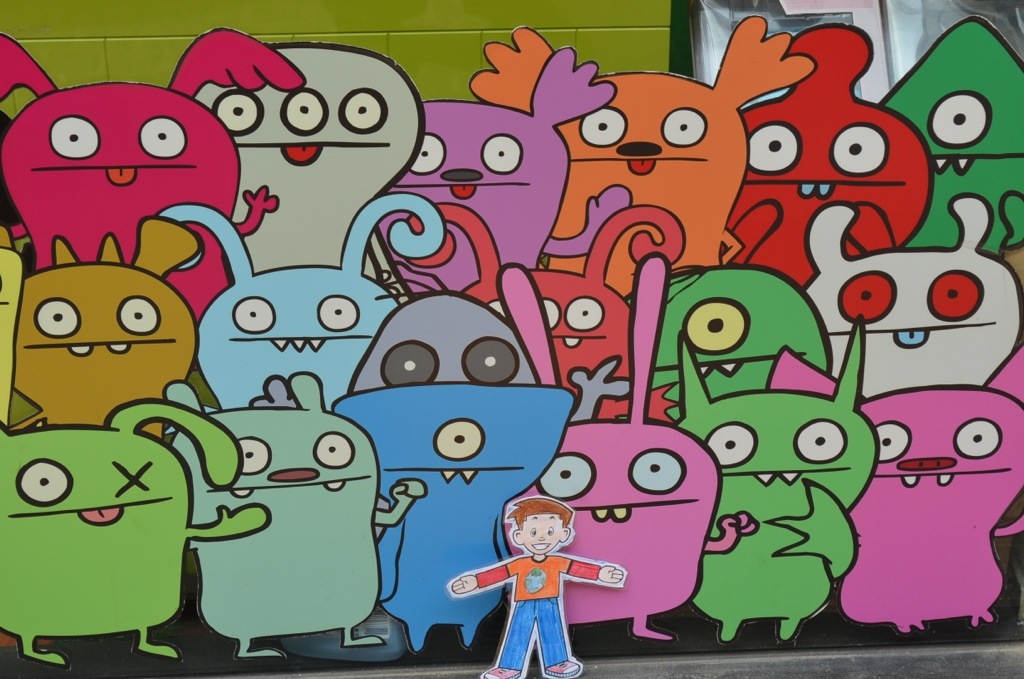 This one is for Edison – sorry it isn’t more Korean but I really liked the colors!

We decided to make our way back to the hotel for lunch so we would not be late for the car and I could take a much needed nap. We had the navigation skills of Magellan until we exited the subway under the hotel. It s such a confusing area that getting lost was inevitable. When we made it up to ground level we could see the hotel but there was no easy way to get there. We retraced our steps and asked at the info desk and finally made it. Being trapped in an underground mall forever, would it have been so bad?

We quickly ate and napped – and then hopped in our sweet ride to the airport. I am sure Jim will talk about the car. I really can only describe it as black and swanky. We made it through customs quickly and hung out in the prestige class lounge. While I should have been blogging or sleeping, I was busy chatting with Ols & Kowski. Jim brought me over some scotch (I am trying to class myself up to impress Eileen (Nick and Mills’ matriarch) but that is going to be much more work than I thought!

The flight to Sydney was nice but certainly not as amazing as the last flight. Our seats still folded down and we still had 4 course meals but some of the magic was lacking. I really did sleep almost the whole time. I am learning how precious sleep is!!

Speaking of… I need to catch a few winks before our next exciting day in Sydney. I will report on Sydney day one in a few short hours!

Sister – I could use an update on MadDog and Princess K?

Benj – no dirt in Korea. Sorry.

I am working on it!

4 thoughts on “Catching up!”