So we made it to Korea. We did not have any issues catching our flight out of LAX. Korean Air in Prestige Class was INSANE. The meals were multiple courses, they gave you slippers, and my seat turned into a bed! Hands down the best flight experience that I have ever had. Also, our sky waitress looked like Snow White.

Jim occupied himself by watching The Hobbit and that Django movie. I think I mostly slept and just stared in awe at everything. Oh and I enjoyed my first cheese course on a plane!

Landing and making our way through customs was less awesome. We made it and figured out which bus to take to our hotel eventually. We had missed the last one by just a few minutes. We were delayed because I could not get cash from the cash machine – very frustrating – you know, since I work at the bank and all. Jim used his USBank card and we had enough Korean Won to get to the hotel. I pretty much slept the whole way there.

Jim had received a free upgrade but we did not realize until we arrived that we were in the honeymoon suite. He reminded me that I should not get used to traveling like this! The room is amazing – with a giant tub and sauna that over look the city. You could easily flash several million people at once! There are almost 50 million people in Seoul according to the lovely woman that checked us in.

Jim was dead tired so I went exploring on my own. There is a lot to see right across the street. There were amazing looking food carts but I am so scared of typhoid now. I opted for a snack at a fast food place – It was like a mini chicken sandwich with something that tasted like teriyaki. I love how to me fast food is safer than a street vendor – is it really?

I went back to the hotel bar because the view 41 floors up is amazing! I hung out with the bartender, Joey, who made me a special drink. He is about to compete in the 2013 Korean Bartending Competition. I tried his entry…it had a Korean liquor, sweet vermouth, bitters, orange juice, and grenadine. I could not understand if there were other ingredients. He was shocked that I would try it – it actually was not horrible! I may have talked it up a bit because that is what you are supposed to do, right? All I know is I hope that he wins so that I can say I have had the best drink in Korea!

I found the Korean equivalent of the Cartoon Network so all is right with the world. I suppose I should go to sleep so that we can explore Seoul before our next ridiculously long flight to Sydney tomorrow.

P.S. – Gene, thank you for you help with my accounts. I owe you a ton!
P.P.S. – Ols thanks for the visual proof that Truman was still alive. However next time for real proof of life I will need to see an item with today’s date on it! 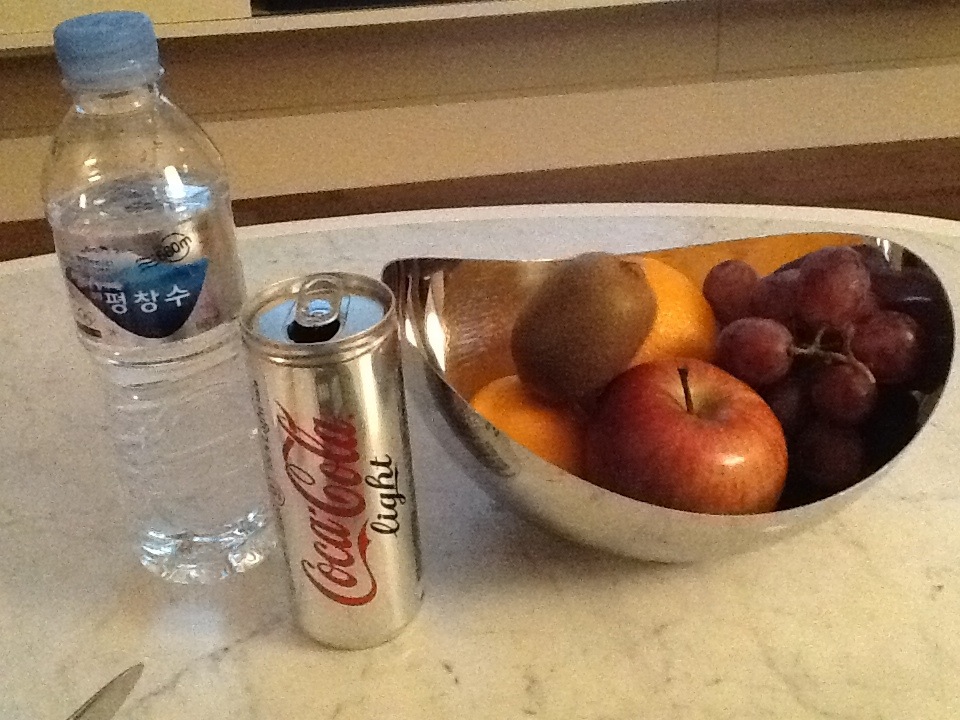 8 thoughts on “A couple hours in Seoul”